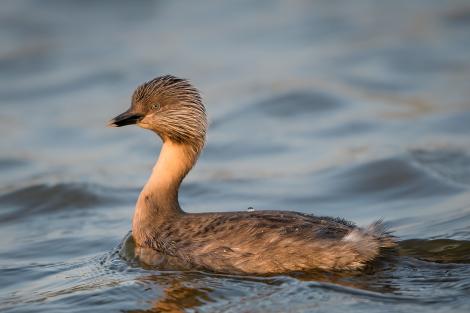 First recorded at the Snares Islands in February 1975, then shortly afterwards at Lake Horowhenua in 1975 & 1977, and Lagoon Creek, Southland 1975-76 (breeding). Two pairs bred in Southland in 1977-78. There were many scattered records throughout the South Island through to 1989, especially at Bromley sewage ponds (Christchurch), Lake Elterwater (Marlborough), and Redcliff Wetland Reserve (Southland). The only North Island records were Aupouri Peninsula, Far North (2 birds, 1987) and Tahaunui Stream, Gisborne (1998). After a 14-year gap, one was seen at Big Lagoon, Southland, in May 2012, one at Lake Hakapoua, Fiordland, in February 2013, and three at Lake Elterwater in August 2014. A pair bred at Lake Elterwater in November 2019.