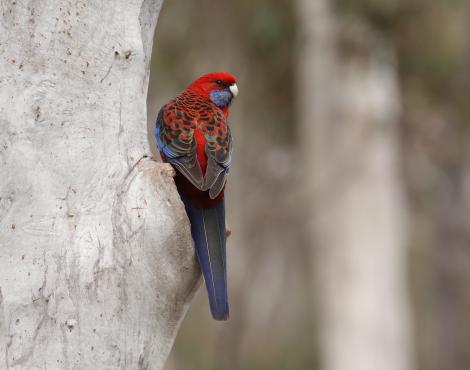 Crimson rosellas are brightly-coloured medium-sized parrots native to eastern and south-eastern Australia. Adults are instantly recognisable with their intense bright crimson and violet colouring. Small populations established in Dunedin and Wellington as a result of cage escapes. Both populations are believed to have died out, and the species was not included in the main section of 2022 Checklist of the birds of New Zealand, where it was listed in Appendix 2 as a failed introduction.