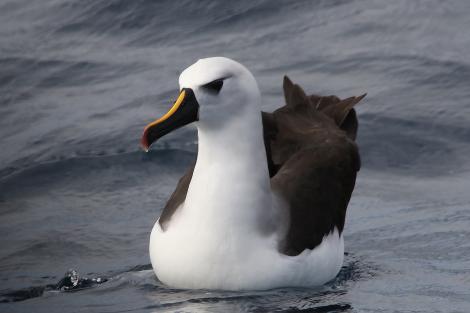 The first three New Zealand records were all from Little Sister Island, Chatham Islands, close to colonies of northern Buller’s mollymawks and northern royal albatrosses. The first was seen in January 1975, and possibly same bird was collected for the Museum of New Zealand during September 1976, when dissection indicated the recent laying of an egg. A further individual was sighted ashore there in mid-January 1996, one off Kaikoura in March 2016, one on the Forty Fours, Chatham Islands, in December 2016, and one off the Snares Islands in November 2019.