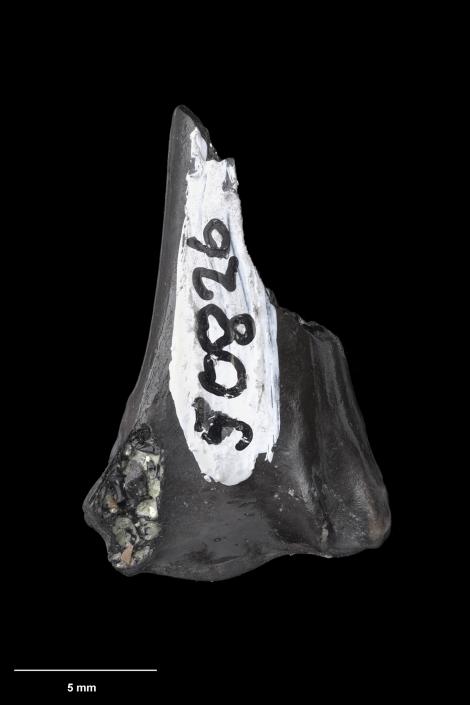 Lee’s parrot is the largest of three congeneric parrot species described from the 19-16 million-year-old St Bathans Fauna from central Otago. Nelepsittacus is placed in the endemic family Strigopidae (kakapo, kaka, kea), and is considered closest to the genus Nestor (kaka and kea). Lee’s parrot was between an Australian king parrot and a galah in size.

Lee’s parrot was described from six bones recovered from 19-16 million-year-old (Early Miocene) lake-bed deposits near the Manuherikia River, St Bathans, central Otago. The holotype (NMNZ S.50826, a distal right humerus), two paratypes and the three other bones assigned to this species are all held at Museum of New Zealand Te Papa Tongarewa.

The genus name denotes these Miocene fossil parrots as being on the ancestral lineage of Nestor (kaka and kea). The name is derived from Greek mythology, where Neleus was the father of Nestor, combined with psittakos (Greek for parrot). The species name and common name are in recognition of Daphne Lee, geologist at University of Otago, for her contribution to knowledge of Miocene terrestrial ecosystems in New Zealand.

The St Bathans fossil parrots confirmed the presence of the endemic family Strigopidae in New Zealand for at least 16 million years. The lineage leading to kakapo had apparently already diverged before this date, although bones referable to a kakapo ancestor have yet to be identified from the St Bathans Fauna.