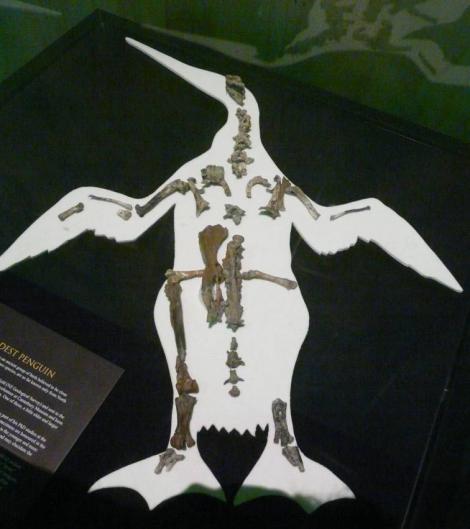 Mannering’s penguin is the oldest penguin fossil known. It was described from a single associated part skeleton (nine bones) recovered from late Early Paleocene (61.6 - 60.5 million-year-old) sedimentary deposits along the Waipara River, North Canterbury. It was a large penguin, similar in size to an emperor penguin, and was described at the same time as the congeneric Waipara penguin. The two Waimanu penguin species are considered basal to all other penguins, and differed in their long, slender beaks (as found in other basal penguins) and relatively longer legs. The four Waimanu specimens are some of the oldest well-preserved Neornithine birds, and indicate that penguins split from related forms before the end of the Cretaceous epoch. There is ongoing debate over whether these ancient birds should be included in the same family as modern penguins.