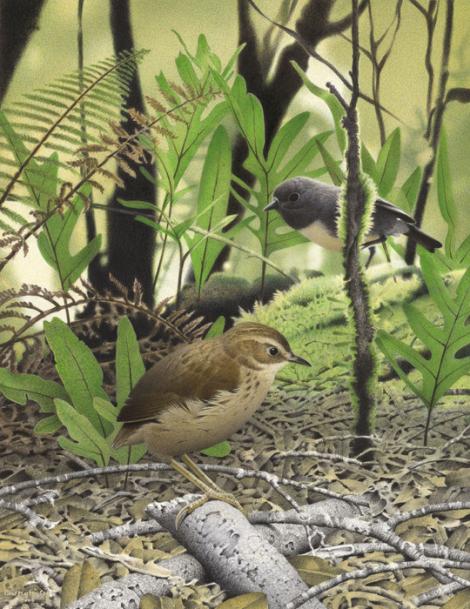 Apart from moas, the bird fauna of New Zealand was thought to be largely a collection of waifs and strays until quite recently. It is only since the late 1980s that the full diversity of the New Zealand wren fauna, our second richest group of landbirds, has become known. When the bones of these small birds were finally examined properly it became clear that there were seven species in five genera living at the time of first human settlement, representing a substantial radiation within the country. The North Island stout-legged wren is one of these recently described birds and, unusually for a song bird, but not so much for a New Zealand wren, it was flightless. It was extinct before European contact. Stout-legged wrens were originally described in their own genus (Pachyplichas); however, genetic analyses showed them to be more closely related to rock wren (Xenicus gilviventris) than either is to bush wren (X. longipes).