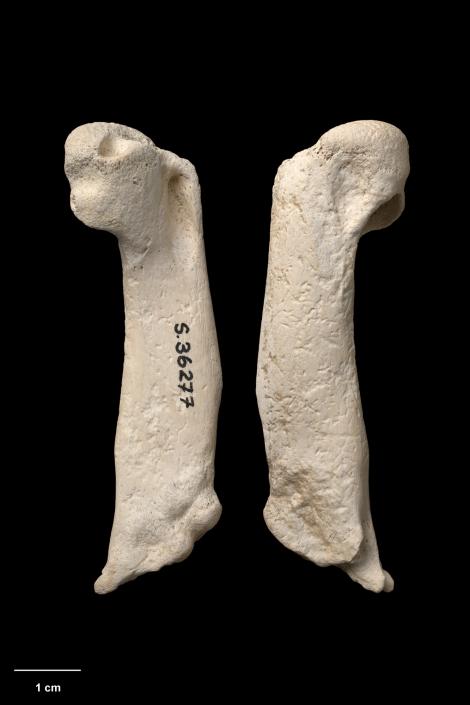 The Waitaha penguin is known only from subfossil bones found from sites in Marlborough, Banks Peninsula, Otago, and Stewart Island. The holotype (CM AV13269, a complete left femur) and paratypes (CM AV11995, CM AV168258Z, CM AV34941) are held at the Canterbury Museum. The type locality is Lake Grassmere, Marlborough. The species name waitaha refers to the original Polynesian tribe that occupied much of the South Island.

Waitaha penguin remains were previously assigned to Megadyptes antipodes (yellow-eyed penguin or hoiho), but genetic analysis has shown that bones older than 1500 AD are distinct from those that postdate 1800 AD. Subsequent morphometric analysis has demonstrated that the Waitaha penguin was somewhat smaller than the yellow-eyed penguin, which weighs 5.4 kg and stands 65 cm tall. Northern and southern South Island populations of the Waitaha penguin were genetically distinct. Three individuals genetically related to M. antipodes found in pre-1500 AD samples have been interpreted as vagrants from the Auckland or Campbell Islands. They may also indicate that M. waitaha and M. antipodes were sympatric in southern New Zealand prior to human settlement.

The presence of Waitaha penguin remains in archaeological contexts indicates that early Polynesian settlers hunted the species and that this, perhaps with additional predation pressure from kiore (Pacific rats) or kuri (Polynesian dogs), was a probable cause of its rapid extinction around 1500 AD. It has the dubious distinction of being the only penguin species known to have become extinct because of human activity.