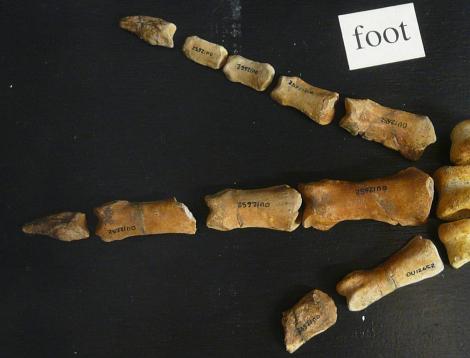 The Waitaki penguin is known from a single skeleton found on the bank of the Waihao River, South Canterbury. This is the same locality where the second (referred) specimen of Grebneff’s penguin and the holotype of Maxwell’s penguin were collected. The Waitaki penguin was slightly smaller than the two Grebneff’s penguins, and had a down-turned tip to the upper beak among other skeletal differences.

The holotype skeleton (OU 12652) is held in the Geology Museum, University of Otago. The genus name means ‘food-diver’, based on Māori ‘kai’ (food, eat) and ‘ruku’ (dive), with the connotation of returning with food. The species is named after the large river that forms the boundary between Canterbury and Otago.